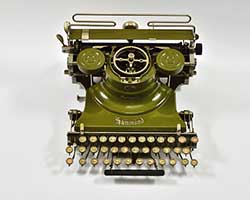 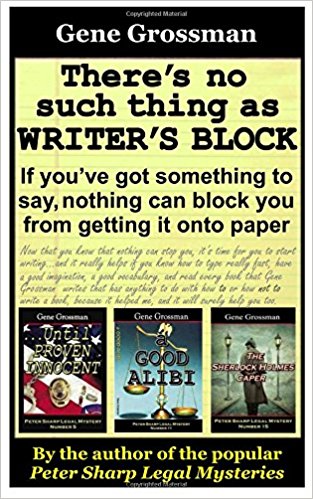 Note from the author:

I've written almost 50 books, of which 20 are a series of mysteries, and I've never suffered from what they call writer's block, for one main reason: I don't sit down at my computer intending to write until I have something to say... and the only thing that slows me down isn't not having something to say, it's trying to figure out the best way to say it.

Not everyone has something to say, but still wants to write a book because there's a story in them fighting to get out, so the purpose of this book about there being no such thing as writer's block is what I have done to eliminate it from my writing process, and I know it can help others to do the same.

I have a process I practice that gives me things to say so that I can't wait to get to my desk to start them flying into the computer at a rate of over 75 words a minute, of which more than half are typos... but at least they're on the paper, and for corrections - well, that's why God created proof-readers.

This book is the perfect book for any person that wants to write a book, and can also help writers already in the process that are having some problems along the way. It's also a fine gift for any friend or relative that has expressed a desire to write, or someone with a personality and imagination you respect that you feel should be writing a book but needs a little push.

Just keep in mind that even though most people think they've never written a book, they've actually been writing one since the day they learned how to talk, and the title of that book is, , so that means they're already authors.

This book also includes a special section containing some things to mention in a book that will make people think you're smart.